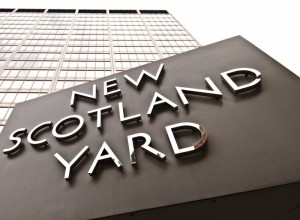 The Met is also offering a reward of up to £10,000 for information that leads to the identification, arrest and prosecution of the person responsible for the attacks that are detailed below.

The offences – which took place within around three hours of each other – have been linked forensically. However, officers are keen to stress that there are no other offences being linked to these at this time.

The first offence happened at around 22:00hrs on Sunday, 20 December in Challice Way, SW2. The victim, a 29-year-old woman, was attacked from behind by a man. He punched her, knocking her to the floor and continued the assault until he was disturbed by a member of the public. The suspect then ran away from the scene towards Hartwell Close.

At approximately 01:00hrs on Monday, 21 December the same man struck again. This time the victim – a 20-year-old woman – was walking along Streatham Common South, SW16 when she realised she was being followed by a man. He followed her into Covington Way before attacking her from behind in an alleyway that runs into Recreation Ground. The suspect then forced the victim to the ground and sexually assaulted her before making off from the scene.

The suspect is described as a male, aged in his mid to late 20s, of medium build and approximately 5ft 7inches tall. He also had a dark beard.

“This man has committed two violent offences against women and must be apprehended. Both attacks have involved a significant level of violence and have been terrifying for the victims. I would urge anyone who has information that could assist this investigation, or anyone who knows who is responsible, to contact police.”