There’s a problem with sewage in Tebbs House. Sewage is leaking into communal areas which is causing a really bad smell and could be bad for residents health.

The entry to Tebbs House looked like this on 26th April 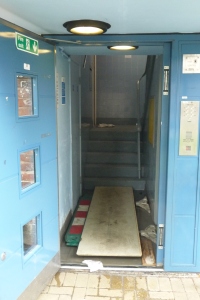 Background is as follows

Do you want to help with the campaign to get this fixed. If so, please contact us

6 thoughts on “Sewage in Tebbs House”